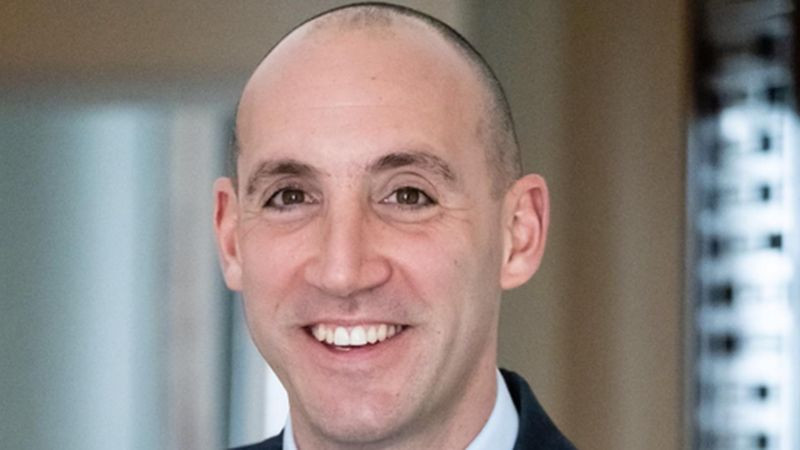 A former Treasury official in the United Kingdom who was responsible for setting the budget for the 2012 Olympic and Paralympic Games has been appointed as the new chief of staff of Prime Minister Boris Johnson.

Dan Rosenfield, who served in the Treasury under former UK Chancellors Alistair Darling and George Osborne, was recommended for the key role at Downing Street by former London 2012 chief executive Paul Deighton.

He will officially join the Prime Minister's team next month as a successor for Lord Edward Udny-Lister from Hakluyt, a London-based strategic advisory firm for businesses and investors which is chaired by Deighton, who was made a Lord by the UK Government for his part in helping make London 2012 successful.

Rosenfield played a leading role in the success of London 2012, widely seen as the biggest triumph during Johnson’s eight-year period as Mayor of London.

He recently told the Jewish Telegraph how and why he was put in charge of the London 2012 budget following the UK capital’s surprise victory over rivals Paris, Madrid, Moscow and New York City in July 2005.

"I was the mug who took the job on of leading the Treasury effort at putting a budget together for the Olympics the day after we won the bid," Rosenfield told the newspaper.

"There were not many people in the Treasury who were expecting us to win the bid.

"There was no meaningful budget or plan, so we were starting from not far off the bottom.

"Our approach was to control the cost as aggressively as we could, but we had won the bid on a budget of £2.3 billion ($3.1 billion/€2.5 billion), and every expert I could find was telling me that we didn’t have a cat in hell’s chance of delivering the Games at that amount."

Rosenfield told the Jewish Telegraph that the role required lots of negotiations with Government departments and other stakeholders.

“I spent six months trying to persuade people not to have an argument about the cost, because I was certain we would spend enough to deliver the Games on time and that it would be of a reasonable quality," he said.

“Instead, we had a big argument on how we would fund it and which departments would step up.

“From that point on it was fantastic and we had a really good relationship with the Olympic Delivery Authority, with the London organisers and we became part of the team.

The Manchester-born Rosenfield has also previously worked at Bank of America as a managing director and is chairman of the humanitarian agency World Jewish Relief.

His appointment by Johnson follows the dramatic exit from Number 10 of the Prime Minister's controversial former chief adviser, Dominic Cummings, and his ex-director of communications, Lee Cain.

Cain quit Number 10 earlier this month after claiming to have been offered the chief of staff job himself.

It was widely reported that Carrie Symonds, the Prime Minister's fiancée, and Allegra Stratton, Johnson's new press secretary, were among those to have been opposed to a promotion for Cain.