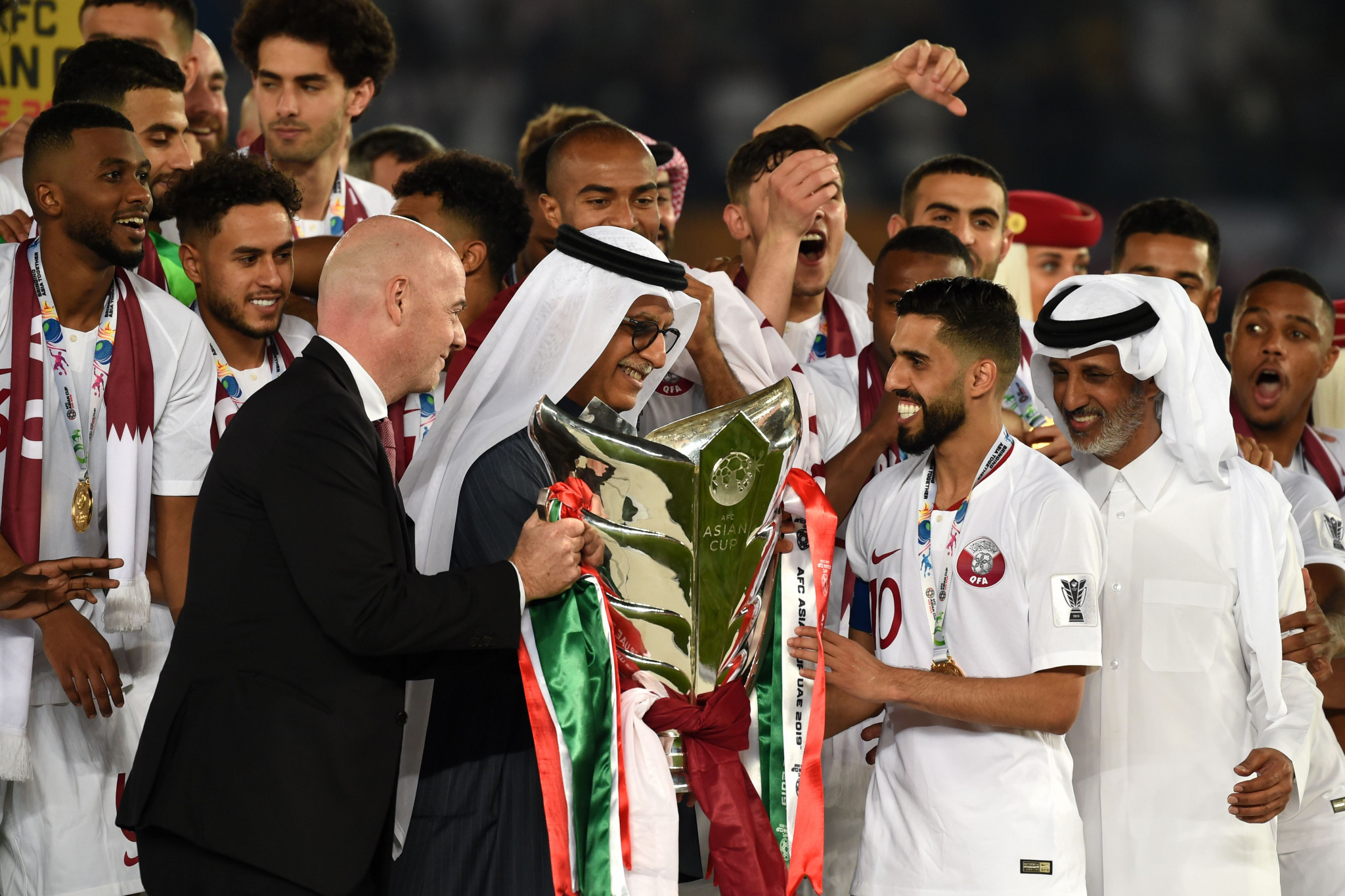 The Sport and Rights Alliance (SRA) has called on the Asian Football Confederation (AFC) to ensure that human and labour rights are fully respected in the bidding, organisation and delivery of the 2027 Asian Cup.

A letter from the SRA to AFC President Shaikh Salman bin Ebrahim Al Khalifa comes with the deadline for expressions of interest to host the tournament expiring at the end of the month.

India, Iran, Qatar and Saudi Arabia have submitted bids to host the event to date.

The SRA has called on the AFC to include non-negotiable and binding standards on core labour, anti-corruption and human rights in the bidding procedure and hosting agreement.

The organisation added that indicators in relation to freedom of expression and assembly, the right to housing and the protection of LGBTI persons, human rights defenders, journalists, persons with disabilities and children, should also be specified at the bidding stage.

"The Sport and Rights Alliance looks to the Asian Football Confederation to uphold its constitutional commitment to respect and promote human rights," said Brendan Schwab, executive director of the World Players Association, which is part of SRA.

"Words alone are not enough.

"It is essential that all bids are prepared and evaluated so as to ensure that human rights are fully respected in the planning, organisation and delivery of the event."

The SRA said in its letter that there is a need for an independent monitoring mechanism to guarantee promises made in the bidding phase, and those fixed in the hosting agreement, are adhered to over the lifetime of the event.

The letter calls for expert organisations and stakeholders – both local and international – to be consulted and involved in the process from an early stage to ensure transparency and accountability.

An inclusive, effective and transparent human rights grievance mechanism, ensuring access to UN Guiding Principles and timely remedies for all affected by sport, should also be put in place, the SRA add.

Some of the bidding nations have seen their record on human rights placed into the spotlight by sporting events in recent years.

Iran has faced criticism of its policy of not allowing women into stadiums to watch football matches.

Women were allowed to watch Iran's FIFA 2022 World Cup qualifier against Cambodia at the Azadi Stadium in October, but tickets were limited and the concession has not since been repeated.

Both the AFC and FIFA have threatened punishment if the rule continues, with pressure increasing on both organisations to do so.

Qatar, the 2022 World Cup host, has been accused of using major sporting events to improve its image.

The country has faced criticism for its poor human rights record and has faced repeated calls to improve migrants' rights at World Cup construction sites.

Similar accusations have been levelled at Saudi Arabia, with the country showing increasing intent to secure major sporting events.

Saudi Arabia has been criticised for their human rights record, the treatment of women, beheadings, involvement in the war in Yemen and the death of journalist Jamal Khashoggi in the country's Consulate in Istanbul in 2018.

The deadline for bids to be submitted is on June 30.

A similar call to the SRA was made by Amnesty International in relation to the bidding process for the 2030 Asian Games.

Qatar and Saudi Arabia were confirmed to have lodged bids in April, with the two countries going head-to-head amid ongoing diplomatic tensions between the nations, who have both been accused of "sportswashing" to improve their image.

"All bids to host the 2030 Asian Games should be fully assessed using rigorous human rights criteria to identify potential risks - including hazards that may face migrant workers or possible threats to freedom of expression or association for visiting fans," Stephen Cockburn, Amnesty International's head of economic and social justice said in a statement to insidethegames in April.

"There are numerous important issues, including whether women and LGTBI fans and contestants will be able to freely participate in the Games.

"With the 2022 football World Cup in Qatar and with the stream of recent Saudi-hosted events, the hosting of major sporting events is coming under increasing scrutiny.

"The Asian Games shouldn't become a vehicle for states to 'sports wash' their reputations – instead they should be an opportunity for human rights to be properly bolstered and defended in hosting countries."