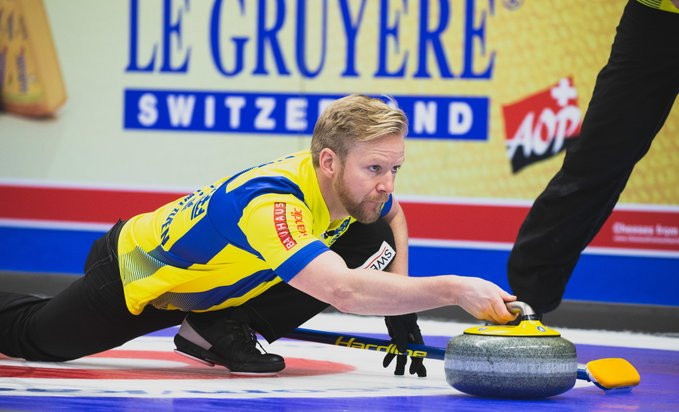 Hosts Sweden became the first team to qualify for the semi-finals of the men's event with victory over Germany at the European Curling Championships in Helsingborg.

The Swedish team, led by Niklas Edin, beat Germany 7-2 to record their seventh straight win to maintain their 100 per cent start to the competition at the Olympia Rink.

Scotland are second on the leaderboard ahead of Germany, Italy and Switzerland, who all have four wins and three losses from their opening seven games.

Defending champions Sweden, Russia, Scotland and Switzerland are locked in a four-way tie for the lead on the women's standings.

Olympic gold medallists Sweden, skipped by Anna Hasselborg, overcame Estonia 7-3 to improve to a five win and one loss record.

Scotland, Switzerland and Russia have the same record following the sixth session of play.

The four teams have opened up a gap to the rest of the teams in the women's event and are in pole position to qualify for the semi-finals.

"That was a really solid game by all of us," said Muirhead.

"We came out pretty sharp today.

"We’re over halfway now and to be sitting joint top is good."