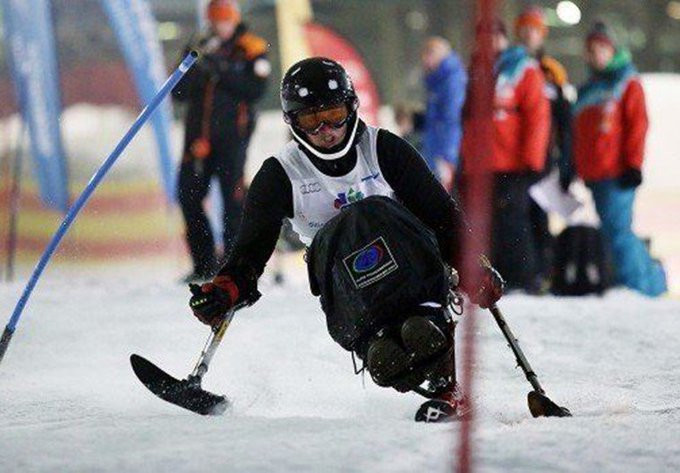 Dutch Para Alpine skier Barbara van Bergen has set her sights on qualifying for the 2022 Winter Paralympics in Beijing, where she made her Games debut in wheelchair basketball in 2008.

Van Bergen skied and snowboarded for fun before a motorcycle accident in 2006 resulted in paraplegia.

She tried skiing again the following year, during a holiday, but did not know then that there was an opportunity to pursue Para Alpine skiing competitively and chose to train in wheelchair basketball instead.

Van Bergen made her Paralympic debut with the Dutch wheelchair basketball team at Beijing 2008, and helped them win the bronze medal at London 2012 and Rio 2016.

After missing out on qualification to Pyeongchang 2018, Van Bergen is looking to secure her place at Beijing 2022.

"I’m aiming for Beijing," she said.

"I started in Beijing, that was my first Paralympics, so how cool would it be to compete there in the winter as well and have that full circle?"

Van Bergen is one of the few women on the Dutch Para Alpine skiing squad, which also includes Anna Jochemsen and Linda van Impelen.

Since Jochemsen and Van Impelen were absent from the 2018-2019 World Para Alpine Skiing World Cup, Van Bergen was often the only Dutch woman on the circuit last season.

"I love it with the guys.

"I actually found out that being the only girl on the team makes me more open and more communicative with the other girls because normally I would be with our two girls, and you always stick together, but now you’re alone so it’s easier to talk to the other girls who are also alone."

Van Bergen insists her accident 13 years ago never discouraged her from taking up risky sports.

"Maybe I even stepped it up a little bit," she said.

"In the beginning you’re a bit careful, but, in the end, you don’t need to let your injury or whatever happened to you keep you from doing what you love."