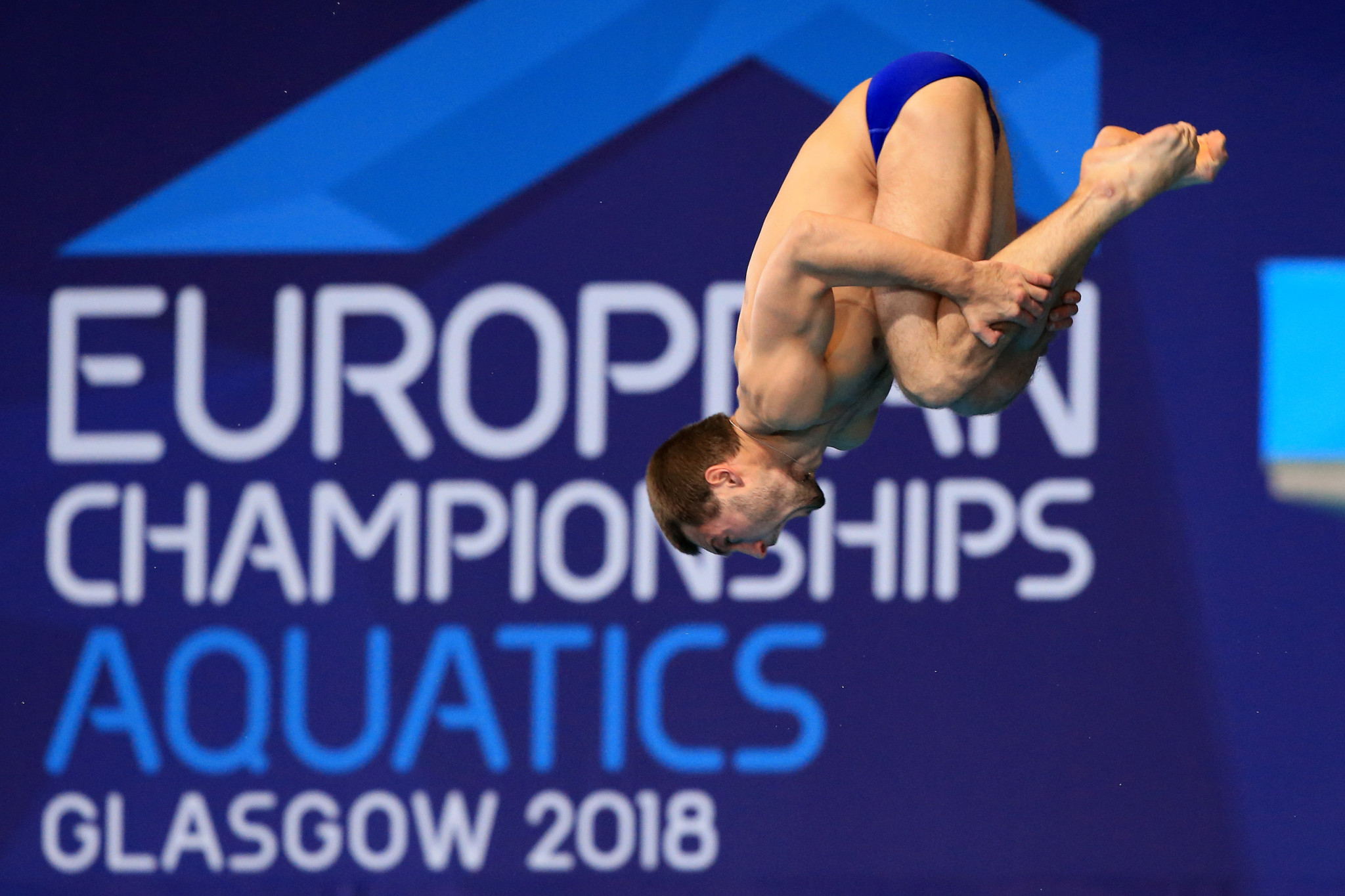 The 24-year-old had already won the preliminary round in the morning and was untouchable in the final, winning with 60.90 points to spare ahead of team-mate Nikita Shleikher at the Royal Commonwealth Pool in Edinburgh.

Bondar scored a total of 542.05 points and earned 104.40 points alone for a spectacular back three-and-a-half somersaults dive.

He was European champion in 2013 in this event, competing for his native Ukraine.

"I have not competed at the European Championships in the past years so this really nice," Bondar, winner of the 10m synchronised platform title on Thursday (August 9), said.

Defending champion Benjamin Auffret, handicapped by a back injury and who esumed full practice only when he came to Edinburgh, took the bronze medal on 480.60 points.

"It's not gold, but it's still magical," the Frenchman said.

The duo ranked fifth in the first round but then delivered one solid dive after the other to take the title with 289.26 points.

It was a happy end for Bertocchi, who struggled with an injury to her left leg, but nevertheless claimed a bronze medal in the 1m springboard.

"We weren't expecting it," she said.

"We have to say it was luck.

"This is the good part of diving.

"One day you are crying and the next day you can be celebrating."

Punzel takes home a full set of medals from Glasgow 2018, having earlier won gold in the mixed synchronised 3m springboard and taken bronze in the 3m springboard.

Russia’s Nadezhda Bazhina and Kristina Ilinykh captured the bronze medal when leading pair Grace Reid and Katherine Torrance of Great Britain made an error on their last dive and dropped to fourth overall.