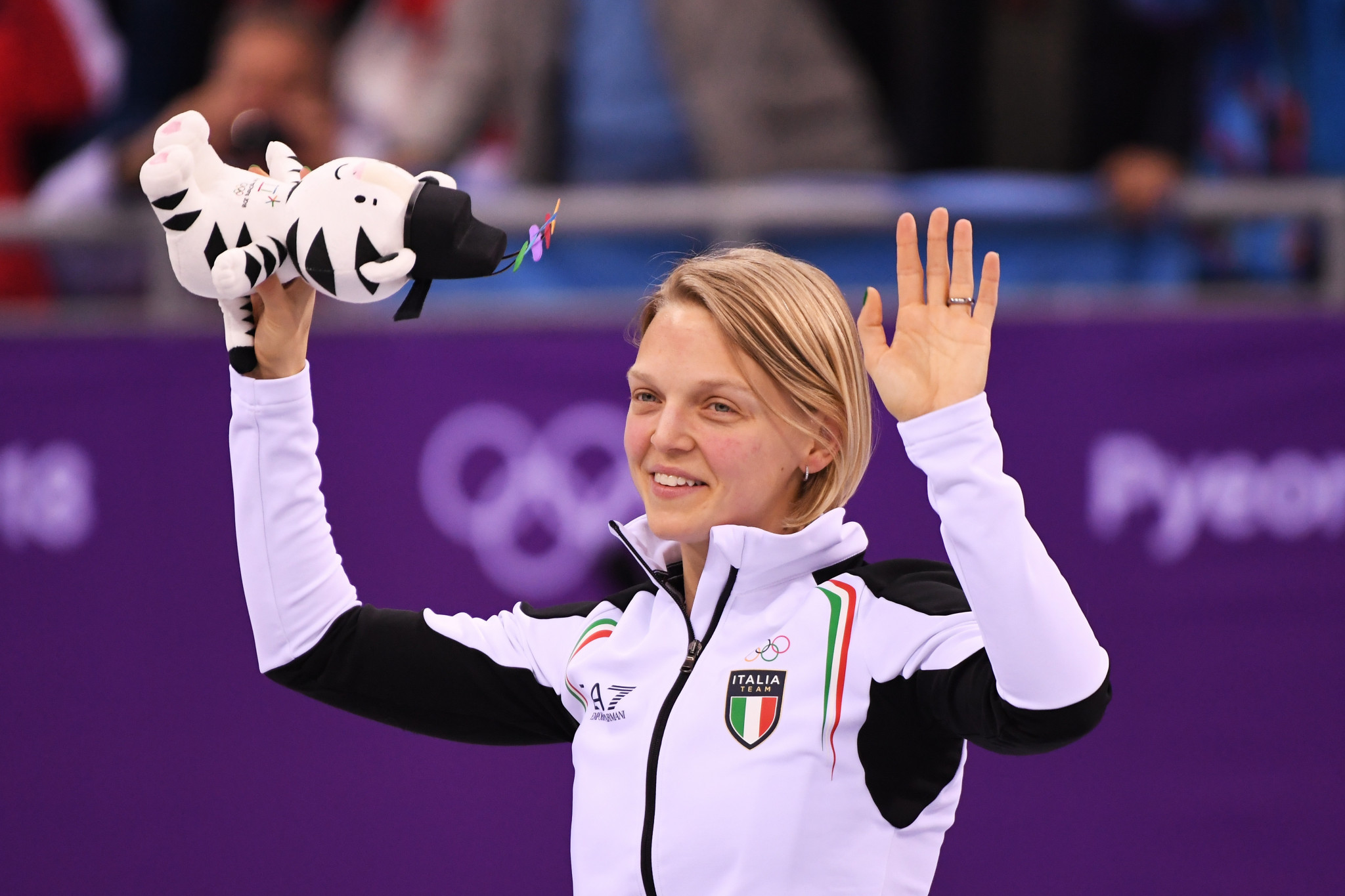 The 27-year-old, winner of four bronze medals and one silver from her previous three Olympic appearances, triumphed after a photo finish with home favourite Choi Minjeong, who was later disqualified for interference.

Fontana finished in a time of 42.569sec to end her long wait for an Olympic title.

"I crossed the line and I thought I was first and I looked at my coach and he said, 'I don't know, but you did great'.

"When I saw I was first, I was just yelling and started crying.

"I worked for four years and the last four months were really hard for me.

"I was really focused on getting here in the best shape ever."

Choi remained upbeat despite her setback.

"I prepared my best and I thought that even though the result does not come out well, I did a competition that I will not regret," she said.

"But I feel sorry for the fans of Korea.

"I did my best for the final and I was so happy that I could be in the final.

"I still have other competitions left, so I will focus and concentrate on those."

It was the latest heartache for Christie at the Olympics, having been disqualified from all three of her races at Sochi 2014.

"It's obviously really hard to explain - I've worked so hard for that moment out there and I got knocked over," Christie, the 500m world record holder, said.

"It's so out of my control but almost that feels worse - at least I can go home and think I didn't make any mistakes but it still sucks.

"I got hit and I couldn't hold it.

"I tried my best to hold the corner but we're going quite fast on these tiny blades and you can't always hold it and when I went down I knew it was over because I knew they would only penalise one person.

"Hopefully I can come back again."

The 500m Olympic record was twice broken this evening with Christie clocking 42.703 in the quarter-finals and Choi, who started the day with the record time of 42.870, managing 42.422 in the semi-finals.

China’s Fan Kexin, the world champion in the 500m for the past three years, was disqualified in the semi-finals.

Short track speed skating medal action at Pyeongchang 2018 is due to resume on Saturday (February 17) with the men’s 1,000m and women’s 1,500m finals are held.