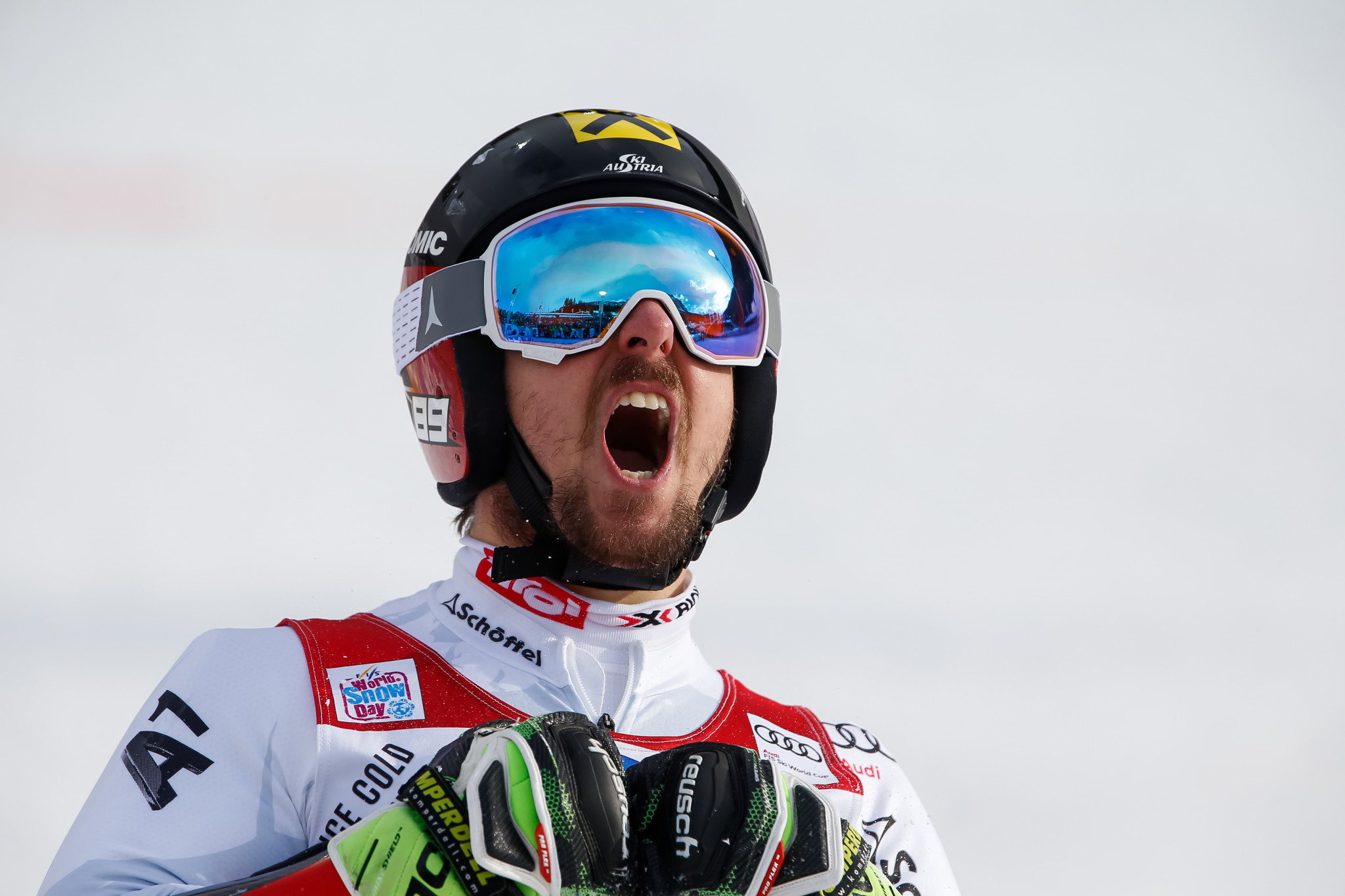 The 28-year-old was the fastest over the two legs on his way to clocking a combined time of 2min 25.42sec.

Victory sees Hirscher, who was flawless on his second run, better the four giant slalom wins Italy's Alberto Tomba amassed in Alta Badia from 1987 to 1994.

"I gave it everything as I knew that Kristoffersen really wanted to win.

"I stepped on the gas and it went really well."

Hirscher's third World Cup race win of the season puts him level on 374 points at the top of the overall standings with Norway's Aksel Lund Svindal.

Svindal, the winner of yesterday’s downhill event in Val Gardena in Italy, did not enter the race.

Kristoffersen is third with 365 points.

The 28-year-old Austrian posted a time of 1:05.77 to finish 0.48 seconds ahead of runner-up Tina Weirather of Liechtenstein.

Veith's last win was in a giant slalom in French resort Méribel in March 2015.

The knee injury she suffered in Soelden in Austria ruled her out of the entire 2015-2016 campaign and she only returned to action a year ago.

"It's really very emotional and difficult to describe," Veith, the overall World Cup winner in 2014 and 2015, told ORF.

"It's something I dreamed about during the most difficult times."

She cited a sore knee and the need to prioritise her health for the Pyeongchang 2018 Winter Olympic Games as the reason.

The women's tour now moves onto nearby Courchevel, where a giant slalom is due to be contested on Tuesday (December 19).

It is set to be followed by a parallel slalom, which will be making its debut, and a slalom on Wednesday (December 20).