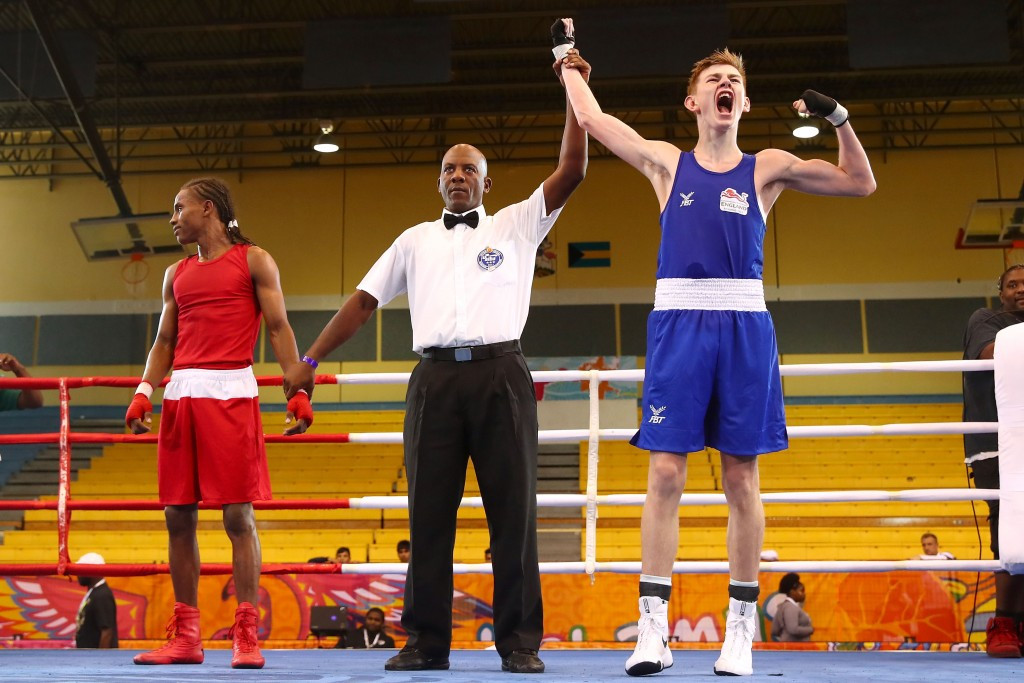 World Junior Championships medallist Charles Frankham spearheaded another golden day for England as the country won seven of the 11 boxing titles up for grabs at the Commonwealth Youth Games here.

Frankham won a bronze medal at the 2015 World Junior Championships in Tashkent and gold was never in doubt here as he stormed to a unanimous win over Australia's Jake Clague in the boys' 60 kilograms event.

The other boxing titles were won by Wales, India, Scotland and Australia.

Gold medals were also on offer in girls boxing for the first time at a Commonwealth Youth Games.

England's David James claimed victory in unanimous fashion as he topped the podium in the boys' 52kg event by beating Guyana's Kevin Allicock.

Frankham's victory sealed a hat-trick of golds for England before Mark Dickinson picked up the fourth.

Aaron Bowen ensured it would be a five-star day for England at the very least as he also got the better of another Northern Irishman, Kane Tucker, in the boys' 75kg category.

He was awarded the bout 4-1 by the judges.

Chloe Watson became the first girl to ever clinch a gold medal in boxing at the Commonwealth Youth Games, beating Shylah Waikai of New Zealand 5-0 in the girls' 51kg event.

Fittingly, England also triumphed in the last bout of the day as Georgia O'Connor impressively stopped Naomie Pelletier of Canada in the second round of the girls' 75kg gold medal clash.

The solitary bronze medal in the category was sealed by Artewekey Fraser of New Zealand.

Australia claimed the third girls' title thanks to Ella Boot, who edged India's Jony 3-2 in the final of the 60kg classification.

Wales had been denied the best possible start as India's Sachin beat James Probert 4-1 in the final of the boys 46 to 49kg division.

Tyler Jolly of Scotland triumphed in the boys' 64kg category, being crowned champion with a unanimous points success against Jacob Lovell of Wales.

The Isle of Man were made to wait until the final day of the event to taste gold medal success as Thomas Bostock won a thrilling boys' road race.

Matthew Oliveira, who had made history as the first athlete from Bermuda to claim a Commonwealth Youth Games crown when he won the time trial earlier this week, won the bronze medal this time.

Rhona Callander of Scotland secured the girls honours in 1:157:15, with Tara Ferguson of the Isle of Man and time trial winner Madeleine Fasnacht of Australia claiming bronze.

The tennis finals were also held on the last day of competition, with India winning two gold medals.

Zeel Desai was the star for India as she beat Cypriot opponent Eliza Omirou 6-3, 7-6 to clinch the girls' title.

Desai then partnered with Siddhant Banthia to secure the mixed doubles crown.

The boys' singles title was won by Hamish Stewart of Scotland.

He produced an assured performance on his way to a 6-4, 6-4 triumph over Story.

Banthia had earlier earned the bronze medal, dropping just two games on his way to a 6-0, 6-2 triumph over Neos.