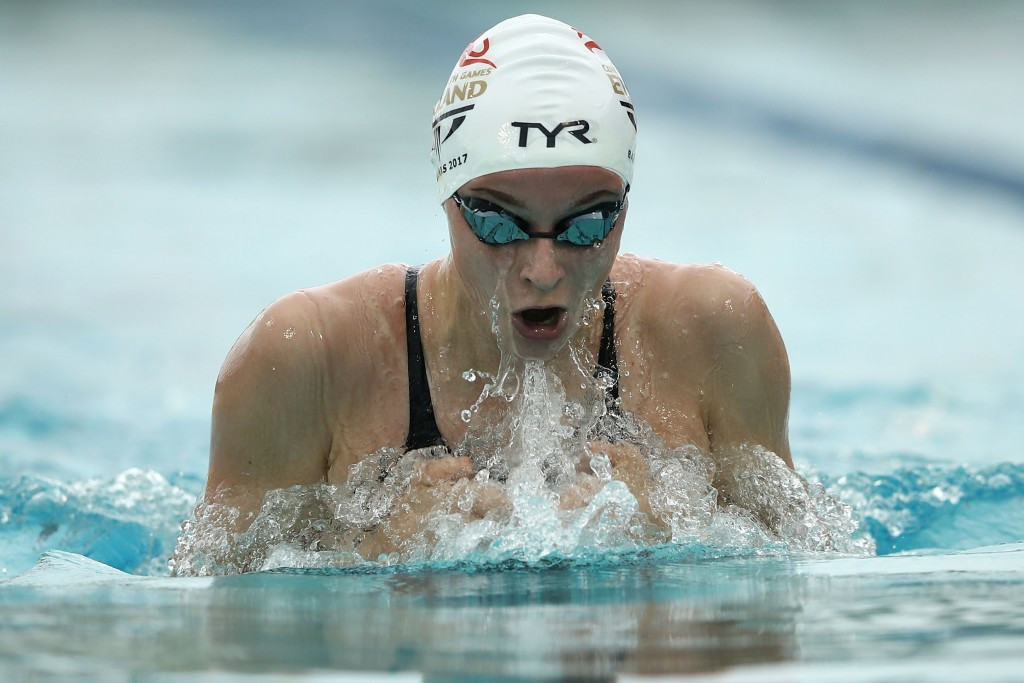 The English team were in formidable form and were only denied a clean sweep by McLay's victory in the boys' 50 metres freestyle and Singapore's success in the mixed 4x100m medley relay.

That victory handed Quah Jing Wen a fifth title of the Games.

McLay came into the evening knowing gold would see him surpass Craig Benson, the youngest member of Britain's swimming squad at the 2012 Olympic Games, as the country's most successful Commonwealth Youth Games athlete.

McLay finished in 23.10sec to claim his third title of Bahamas 2017 and fifth of the Games overall, beating Sri Lanka's Kyle Abeysinghe, who held on for the silver medal.

Benson, a European Championships gold medallist in the 4x100m mixed medley relay, won three golds and one silver at the 2011 event in the Isle of Man.

England's triumphant display saw them surge to the summit of the swimming medal standings with a total of 21, nine of which were gold.

Leah Crisp's commanding triumph in the girls' 800m freestyle, the first event of the evening, set the tone for her nation's memorable outing in the pool as she touched the wall in 8min 49.94sec.

He ssawm 2:02.13 to beat New Zealand's Lewis Clareburt, who had already claimed three gold medals but was unable to reach the heights of previous days.

James McFadzen added to the English haul with the bronze medal.

England had got on a roll that never looked like slowing when Elizabeth Harris then made it four wins from four on the night by sealing the girls' 50m freestyle in 25.89.

After McLay had entered the Scottish history books, Ciara Schlosshan resumed the English dominance by securing gold in the girls' 200m butterfly.

Schlosshan swam clear of closest rival Wen and touched the wall in 2:10.95, with the Singaporean earning silver and Brittany Castelluzzo of Australia the bronze.

Mason Wilby put the gloss on a fine evening for England as he took the gold medal in the boys' 200m butterfly in 1:59.89, with Clareburt again having to settle for the silver medal.

Swimming's schedule at the sixth edition of the Commonwealth Youth Games concluded with the 4x100m mixed medley relay, won by Singapore.

Wen, one of the stars of this year's Games, joined Francis Fong, Zongxian Khoo and Natasha Ong, to power to victory in 3:56.74.