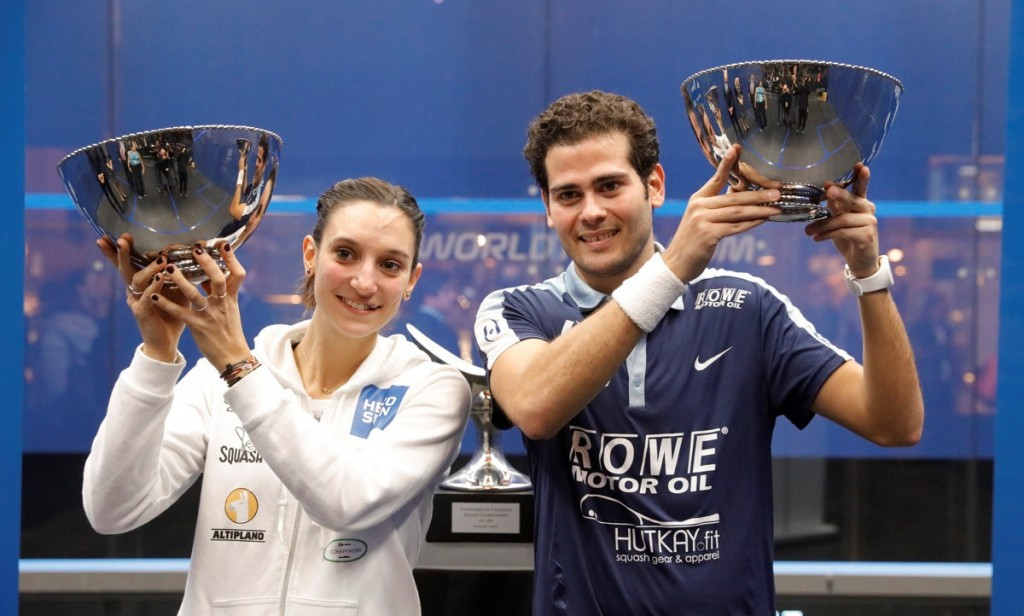 It was the first time both winners have won the respective titles.

“Winning the Tournament of Champions, here in this venue, is an amazing feeling,” said Gawad, who has now won his last three tournaments during a 16 match unbeaten streak.

“It’s been an amazing week.

“To win three big titles like the World Championship and Qatar Classic is a great feeling and I have to thank my coaches for the support and hard work that has been in for the past few years.”

During the competition, Serme has had to beat the world’s top two ranked players, Egyptians Nour El Sherbini and Nouran Gohar, on her way to the final.

The world number four had to fight hard during the final after winning a first set tie-break before losing the next two sets.

However, Serme, who won the US Open in October, regained her composure to take the last two sets.

“Winning this title and winning two World Series titles in a row, beating the world number one and two and coming from 2-1 down today to beat Laura, it is absolutely amazing,” the 27-year-old said.

“I had to fight myself, because I felt tired and flat, but I could see she was as well.”