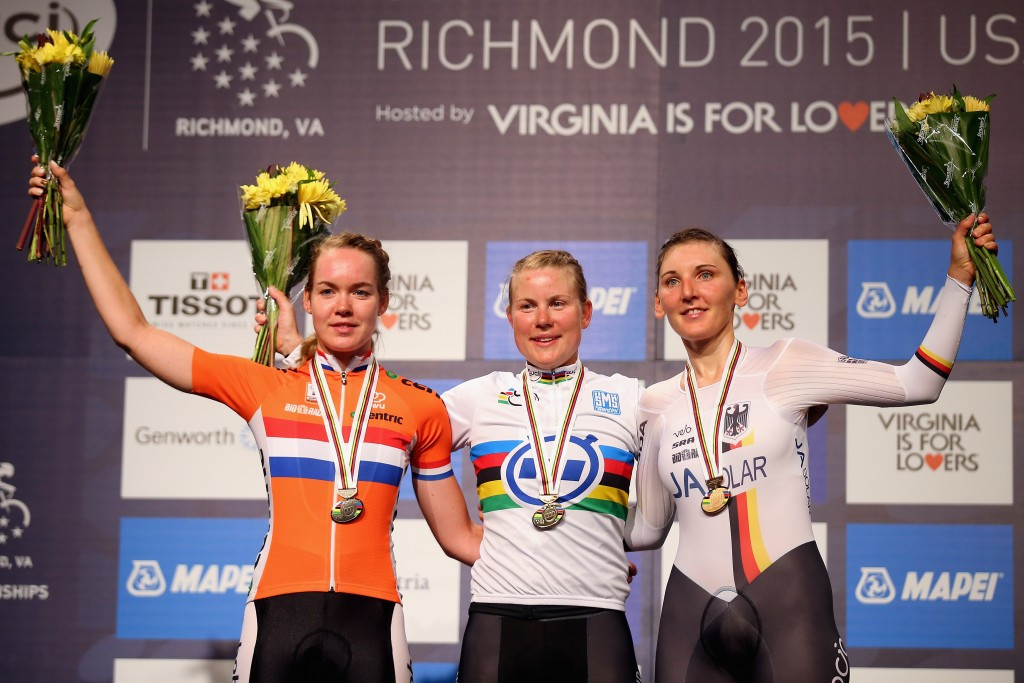 Villumsen already had two silver and three bronze medals to her name as she searched for her elusive first title but as one of the later starters on the 30 kilometre circuit she was forced to watch several rivals complete the course and set her a target.

Home favourite Kristin Armstrong, twice a gold medallist in the event, was one of the Kiwi’s major challengers and she marked coming out of retirement earlier this year by producing an excellent time of 40min 50.45sec to take the early lead.

The American’s time would stand throughout the opening three waves of riders but with several of the favourites still to come, including Villumsen, the defending champion Lisa Brennauer of Germany and the Dutch duo of Anna van der Breggen and Ellen van Dijk, her time was always likely to come under threat.

Armstrong would eventually be dislodged by Villumsen with the New Zealander having paced her effort superbly to end in a time of 40:29.87.

It would prove enough for the Kiwi to secure her maiden world title in the discipline, with Van der Breggen finishing narrowly adrift in a time of 40:32.41 to take the silver, while Brennauer was 5.26sec behind the winner to take bronze.

“In a race like this you go out and you give it everything you’ve got,” Villumsen said.

“I knew I had the best team support I could ask for and my motivation was very good.

In the men’s junior event, which took place on the same course, Germany’s Leo Appelt reached the top of the podium after triumphing in the 57-rider competition.

Appelt proved to be the only man who could finish under 38 minutes with the German finishing in a time of 37:45.01 while America’s Adrien Costa ended 17.22 seconds down on the winner to secure the silver medal.

Costa would be joined on the podium by his compatriot Brandon McNulty after he completed the course in 38:44.75 to take bronze, with Keagan Girdlestone missing out on the medal places after ending eight seconds behind the American.